Tornado: caught in the thrill for steam 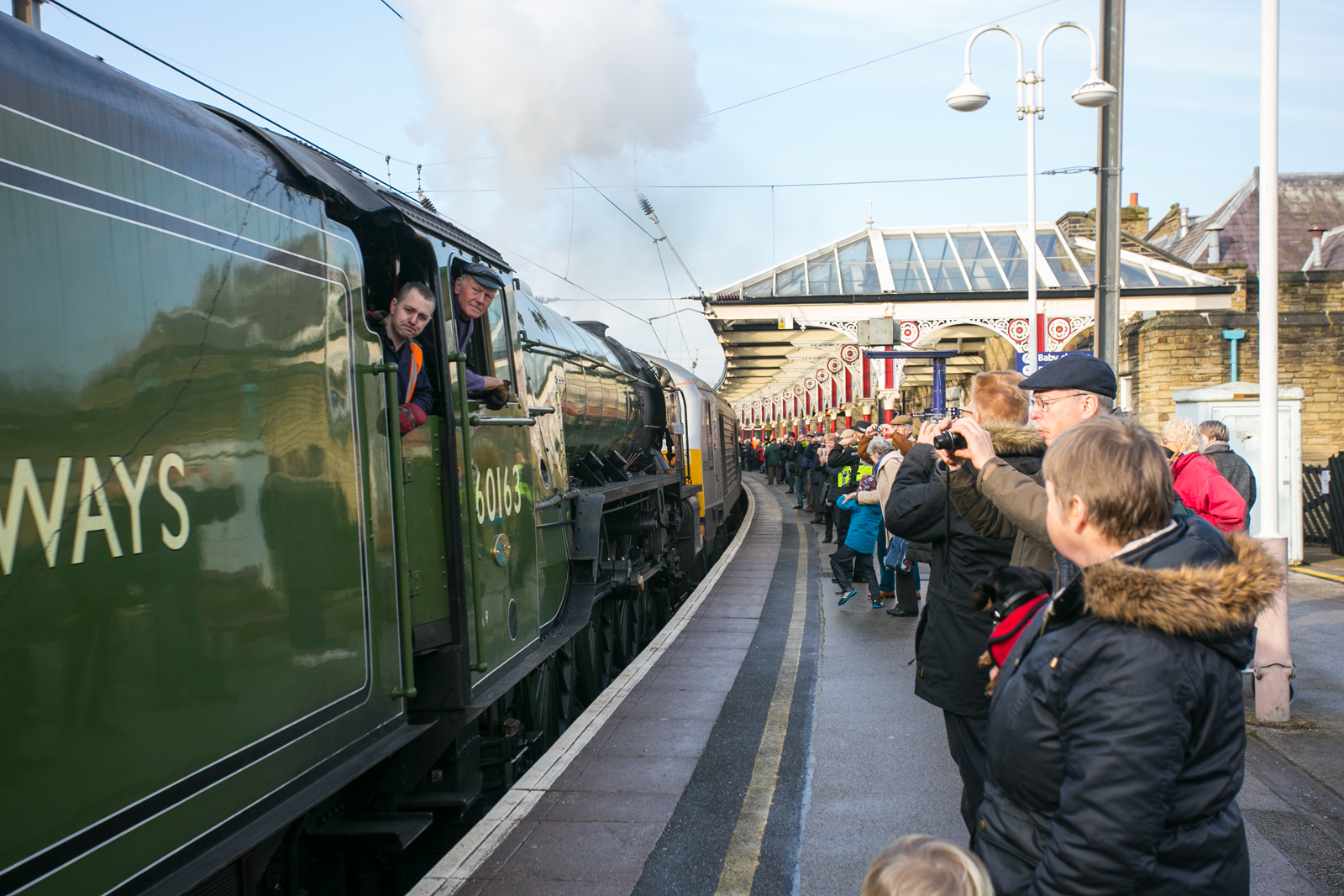 Apparently it’s 50 years since a steam loco hauled timetabled regular train services in Britain. You have to take your hat off to the teams who worked together to make it happen: all evidence suggests it was an absolute triumph! The driving force was an alliance between Northern, Network Rail, DB Cargo, Friends of the Settle & Carlisle, and the A1 Steam Locomotive Trust, with support from RAIL and Steam Railway magazines.

Steam loco No. 60163 ‘Tornado‘ is owned by the A1 Steam Locomotive Trust. It is a new locomotive built entirely from scratch between 1990 and 2008. An incredible feat in itself.

I do understand the buzz of steam train travel.

Tornado’s trips were scheduled between Skipton and Appleby, encouraging people to look again to the Settle to Carlisle Railway, a line which was under pressure in 2016, when a major landslip beneath the tracks caused part of the northern route to close. Buses have been providing link services at the northern end of the route for more than year. Network Rail are now on schedule to finish the monumental repair works on the landslipped area, and the Plandampf services were the big hurrah! to draw people back.

It was a tremendous success.

By the time I was born, Beeching had closed the local railway line near my childhood home. My parents told me how they would go down to the line to watch and feel the engines thunder by when they were kids. There was a rural level crossing there, and my mum would hang on the gate and thrill at the sound and the rush and the billowing steam.

This was my first time taking a steam train trip. 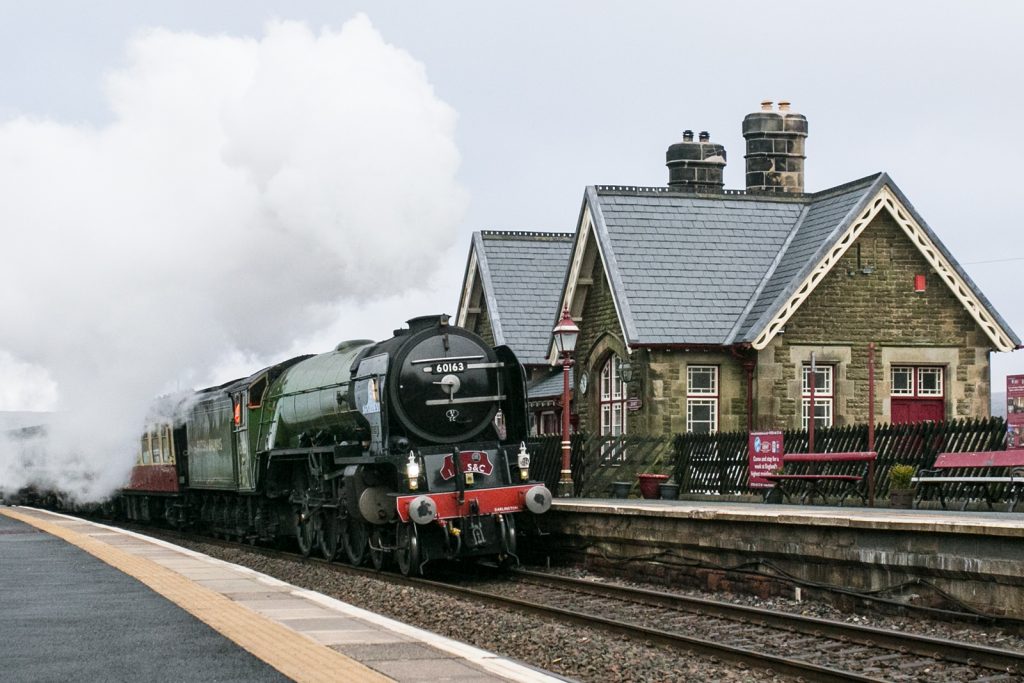 I took the trip on the Wednesday, but with it being such a rare occasion I decided to head out to the Settle-Carlisle line and see it on all three days: Tuesday, Wednesday and Thursday.

Skipton station was abuzz. Deciding to make the most of the sunny day I went on to Ribblehead on the Tuesday to watch what is always a wonderful sight – a steam locomotive driving hard over Ribblehead Viaduct.

People were dotted all across the fells of Batty Moss beside the viaduct, and cars were parked all along the roads. For a regular Tuesday morning it was surreal to see steady troops of enthusiastic folk scrambling up the fells every which way, trying to find the best position to see Tornado pass.

After lying in the moss for a short time tension began to rise, and hearing a distant whistle toot, everyone was primed, knowing the engine was on its way. Aerial drones went up to film the engine’s approach, children started shouting, and sure enough out of the haze came the sound of a chuffing engine, and a steaming Tornado came into view. Amazing.

BBC coverage for the whole three days was fantastic. There’s brilliant aerial footage of Tornado travelling over Ribblehead Viaduct in this report below. I was standing behind the film crew capturing these scenes using their drones, along with hundreds of others… all enjoying the spectacle from the fell.

I’ll depict the experience in glimpses.

It’s ironic that I took so few photos from the train when I made the journey. That’s because my fellow passengers were interesting folks and much of the trip was spent chatting and admiring the views! As well as the chap who explained the ‘trainspotting’ phenomena to us, I met a lovely couple who enjoy exploring the Lakeland fells, and another couple who – like myself – are keen naturalists and who guide visitors at Malham Cove’s nesting peregrines RSPB project during the summer. Very cool. 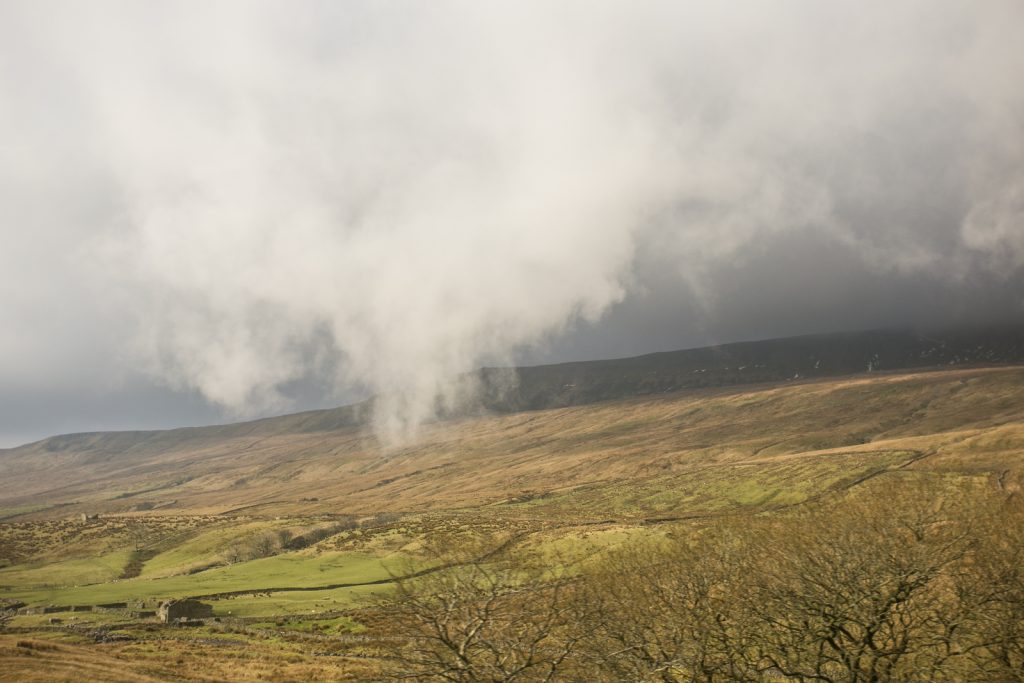 Steaming over the Ribblehead Viaduct 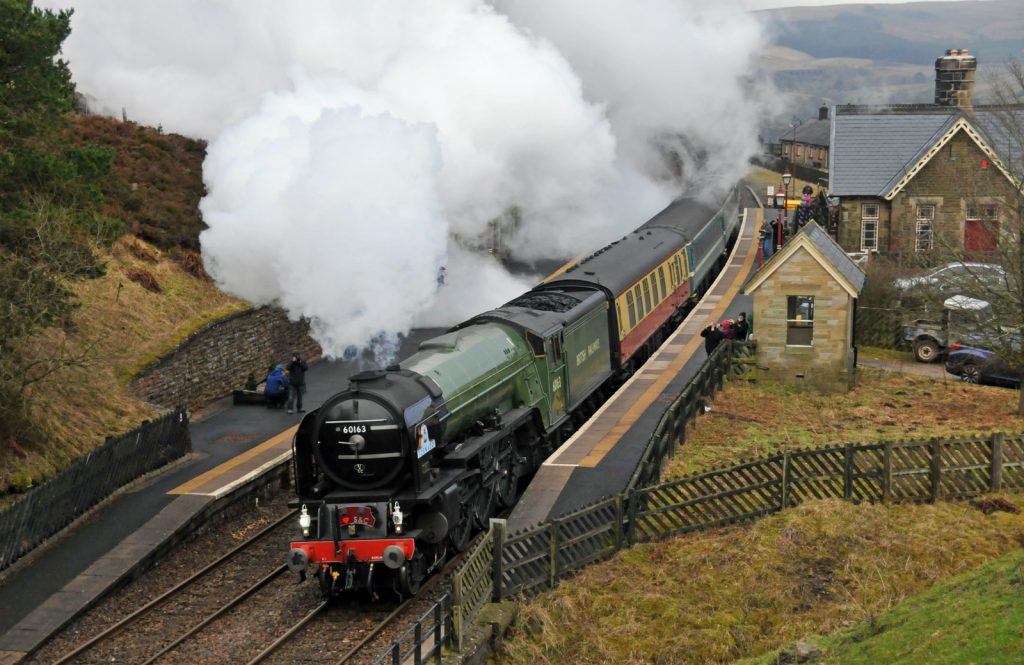 Tornado through Dent Station, captured by photographer Paul Baxter (Paul’s flickr page). There’s me there in blue, snapping the moment.

Take a look at images I made during the event in my gallery here:  – Tornado –

To mark the occasion I am making a large commemorative print available. You can order it now in my online shop. 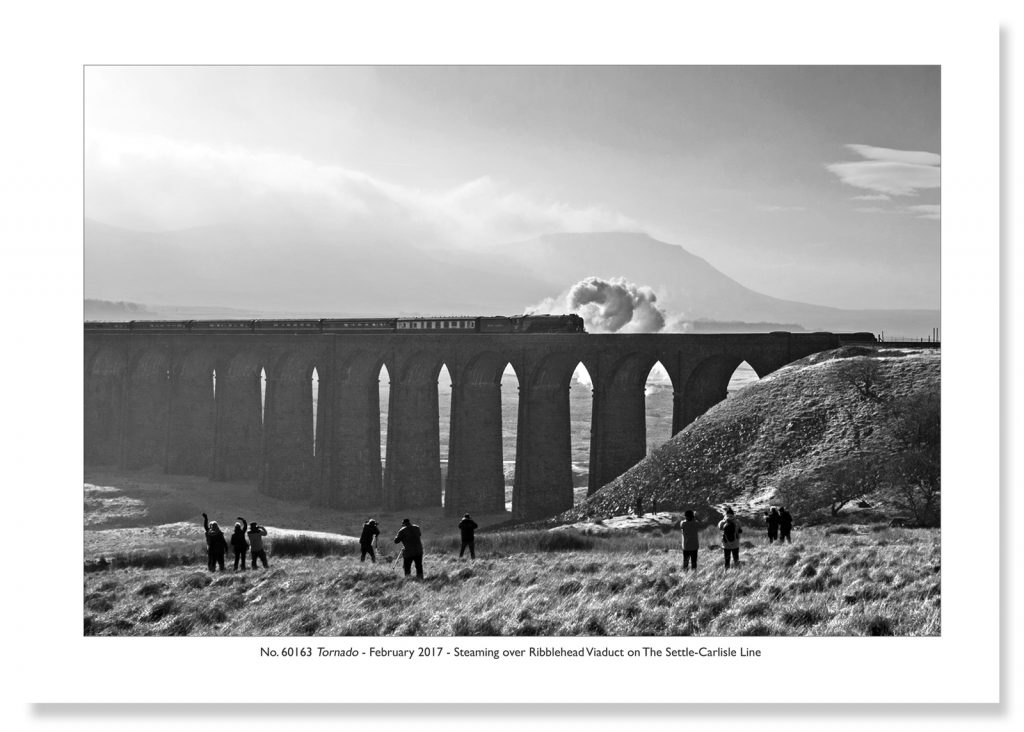