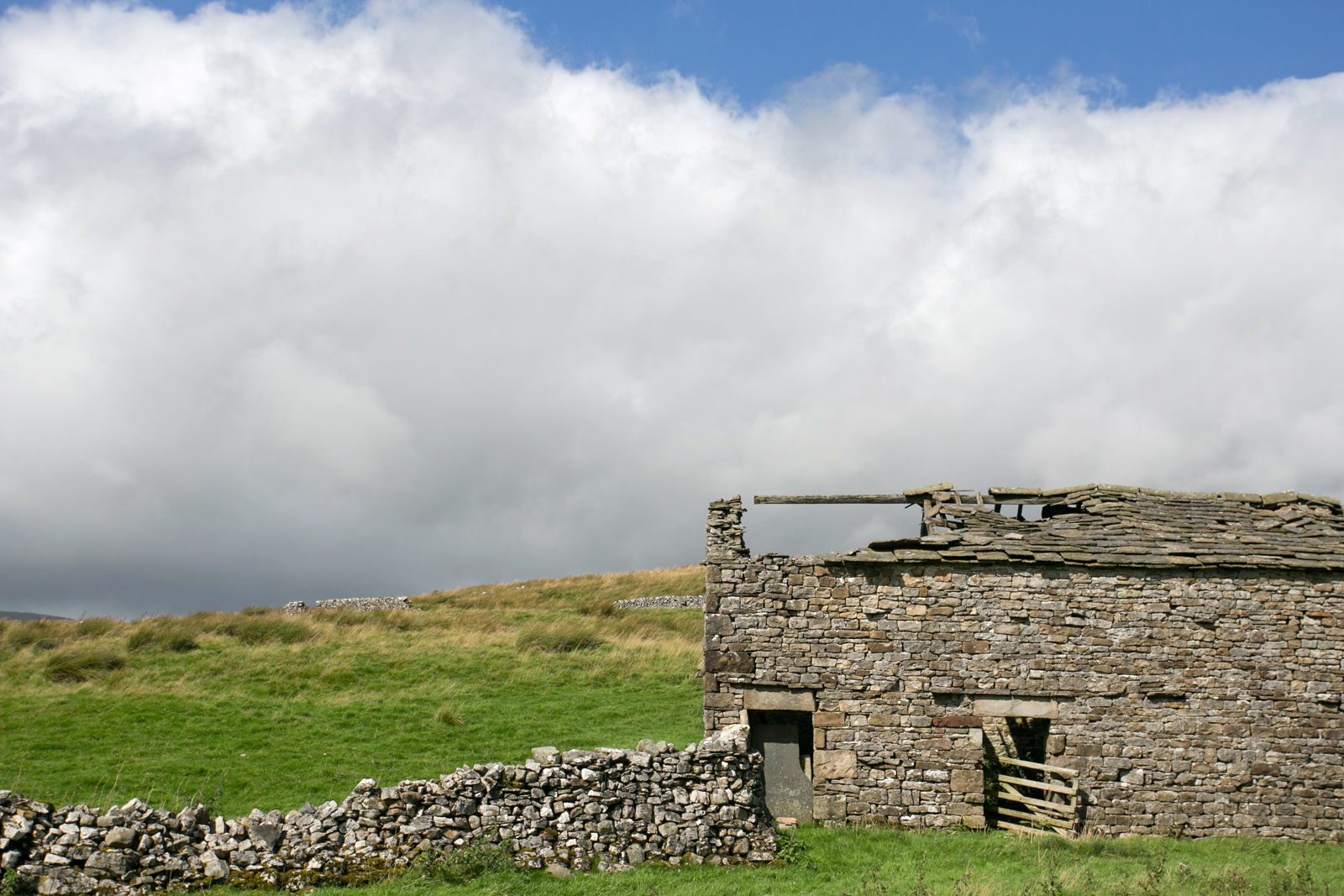 Once inhabited, now deserted places have a pull on us.

Not neglect, but simply absence – humans rarely come by any more and nature takes hold.

Thorns, near Ribblehead is such a place.

It’s the emptiness of it which makes my mind fill it with stories. Who lived here? What was life like here in 1538 when a local official came by and noted the five homes and the people moving about between them?

I imagine how dark it was at night, with fires, candlelight and gas lamps only, out here in a moorland hamlet.

How many times a week did drovers pass by with their packs of horses laden with goods for market? Did the residents of Thorns host them and offer them food as they passed, or simply wake in the night to hear the drovers clanking by on their way towards Thorns Gill bridge?

The boulders which stand in some of the fields. Were there chiidren here, and did they chase each other around these big stones? Did they clamber over the through stone steps in the drystone walls to go off wandering down the beck? Stone steps which now appear to lead nowhere but a nettle patch.

Who tended this old boiler? Who lined this spring with stones? Who made these iron fastenings to secure their animals to this carved wooden byre?

Who passed their washing through the window of this old wash house, or food through this window to family members outside?

How must it have felt, in this isolated community, to be one of the last remaining homes, when in the near distance a community of hundreds of workers established itself in a shanty town at Ribblehead, and a gigantic railway viaduct was built year after year after year in the 1870s?

How many generations of house martins have flown from Africa and back to nest inside this barn?

I have one contemporary connection to make. A friend of mine used to help the current land owner gather and shear his sheep here in summers past. I still see evidence of the sheep work: tangles of wool crushed underfoot; rubber rings to dock lambs’ tails; lotions and sprays discarded to the side.

I find it a slightly desolate, haunting place, but compelling too. And beautiful. With its clusters of mature trees it draws you in to sit down and shelter in what is an otherwise very open upland landscape. I’m compelled by the mysteries of what’s gone before.

My gallery of images from Thorns is here >

What have I learnt about Thorns?